Skip to content
Loading...
Latest
Denmark’s PM: All domestic flights must be fossil fuel-free
EU agrees to reopen its borders to 14 more countries
Airbus to cut 15,000 jobs due to coronavirus pandemic
Ryanair only carried 3% of its normal traffic in June
This is the best day in 2020 to get the cheapest flight tickets
AirlinesAnalysis 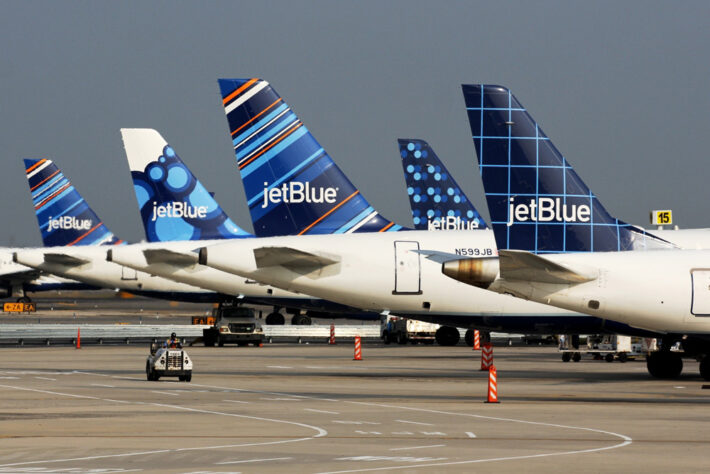 Most major airlines tend to use the jet bridges provided in airports, making the boarding and disembarking easy and more comfortable for the passengers. With the rise of the budget airlines, especially in Europe, more airlines are choosing to stick to the “good old” stairs instead of the jet bridges. We have investigated why it is, that budget airlines like Ryanair and easyJet are not using jet bridges like the majority of airlines do, and as it turns out, there are a variety of reasons for this.

The first, and the biggest reason for why especially budget/low-cost airlines decide to not use the jet bridges are due to cost savings. Airlines like Ryanair and easyJet are competing to provide the cheapest flight tickets, and saving money on jet bridges can save them a lot of money in the long run, and also make the disembarking process quicker, as the airlines usually has stairs in the front and back of the airplanes.

To save even more, usually these airlines use the built-in folding airstairs in the front, while stairs in the back of the airplane are provided by ground services. By doing this, the airlines only have to pay the airports for one stair.

While many low-cost airlines park at remote stands, as it’s cheaper than parking at a jet bridge, sometimes this is also needed due to limitations from jet bridges, that aren’t able to handle particular aircraft types, however this is mainly if large aircrafts are used at smaller airports.

Some smaller airports may also not have a customs facility for arrivals at jet bridges for international flights, meaning the airlines would have to park at a remote stand, transporting the passengers to customs/immigration.

In some airports, including Alicante in Spain, airlines have been forced to use jet bridges, which means increased costs for the budget airlines.

Certain airlines may have planned to use a jet bridge, but if a flight delay has occurred, another aircraft could have taken it in the meantime, as the airports has a very limited number of jet bridges.

The biggest factor of the above – especially for budget airlines though, is definitely cost savings.