Skip to content
Loading...
Latest
Denmark’s PM: All domestic flights must be fossil fuel-free
EU agrees to reopen its borders to 14 more countries
Airbus to cut 15,000 jobs due to coronavirus pandemic
Ryanair only carried 3% of its normal traffic in June
This is the best day in 2020 to get the cheapest flight tickets
Airlines 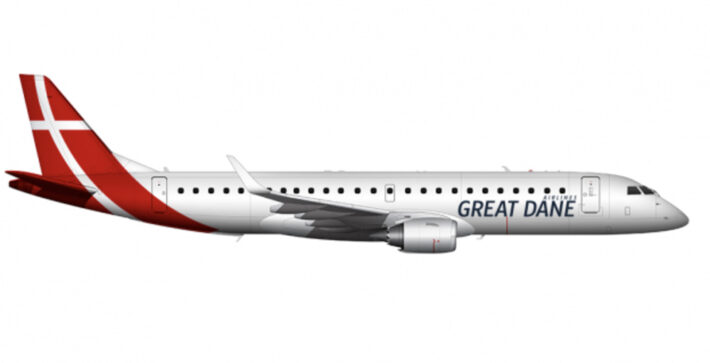 The aviation industry can be tough for new airlines, and over the last years we have seen more airlines go bankrupt. In Denmark there aren’t many airlines; in October 2018 the Danish airline Primera Air went bankrupt, leaving few airlines left in the country, home to 5.7 million people.

Now, Denmark is welcoming a new airline, Great Dane Airlines, which will be operating out of Aalborg in Denmark, a city in northern Jutland with a population of just over 215,000.

Great Dane Airlines will be flying an Embraer E195 aircraft. Aalborg Airport already has direct flights to Copenhagen, Amsterdam, Malaga, London, Oslo and Barcelona. The airline is looking to improve the direct connections from northern Denmark with the release of three destinations.

The first three destinations will be to Dublin, Edinburgh and Nice, France. If these routes are successful, Great Dane Airlines is also looking to expand with service from Copenhagen and Billund in Denmark, and also by introducing flights to Crete, Mallorca, Rhodes, and Varna later on.

The newly founded airline will have room for 118 passengers per flight. Flights to Nice will cost €69 one-way with basic economy and limited seating and luggage options, similar to other low cost airlines.